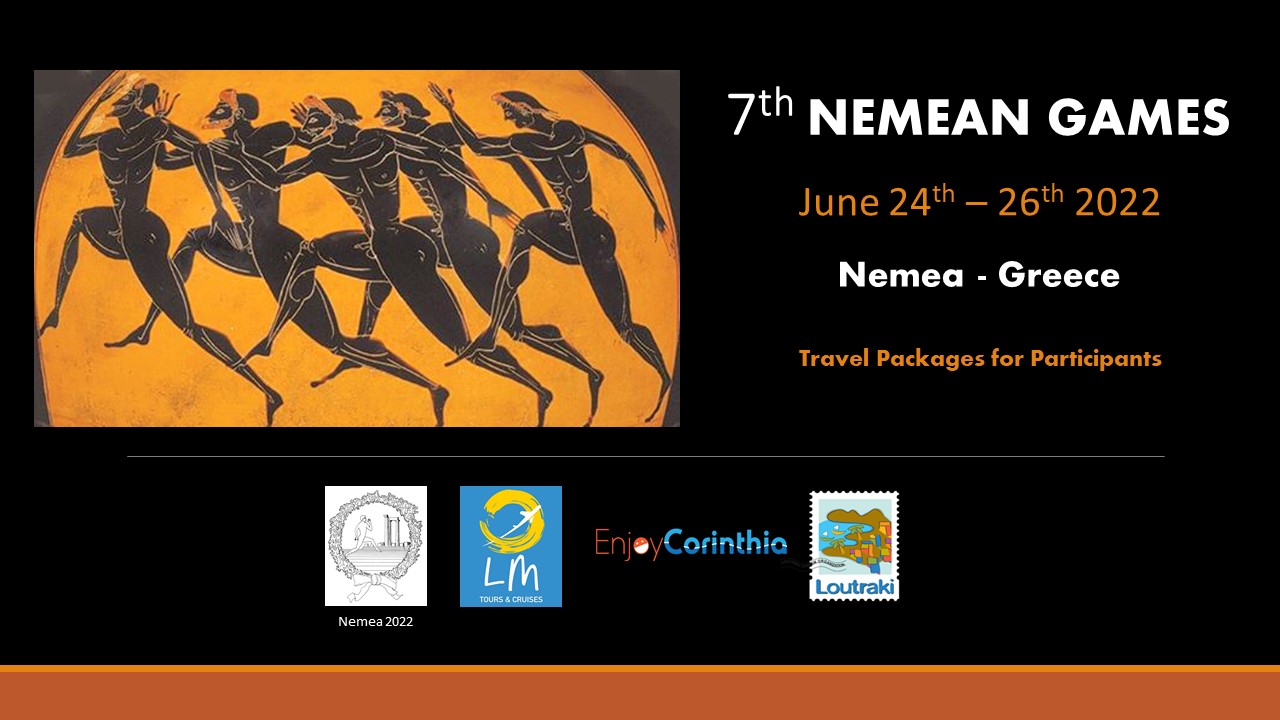 Posted at 12:19h in Events, Nemean Games by Leisman
0 Likes

Welcome to the revival of Nemean Games.

We will offer you all the travel services you need for your comfortable participation in the Games.

Let us know what services you may need and we will make a complete visit package for you and your company. 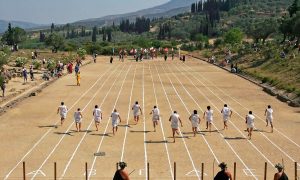 EnjoyCorinthia is an incoming Tour Operator in the seaside town of Loutraki, just 20 minutes away from ancient Nemea.

We provide all travel services that participants of the Games may need and complete travel packages.

Nemean Games, in ancient Greece, were athletic and musical competitions held in the honour of Zeus at the area of Nemea in central Greece.

They were one of the most important sports events in Ancient Greece.

More than 4800 people from 120 different countries, ranging in age from 6 to 96, have been participated the last years to the modern Nemean Games. 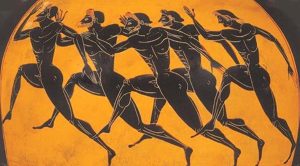 The Nemean Games (Greek: Νέμεα or Νέμεια) were one of the four Panhellenic Games of Ancient Greece, and were held at Nemea every two years.

With the Isthmian Games, the Nemean Games were held both the year before and the year after the Ancient Olympic Games and the Pythian Games in the third year of the Olympiad cycle. Like the Olympic Games, they were held in honour of Zeus. They were said to have been founded by Heracles after he defeated the Nemean Lion; another myth said that they originated as the funeral games of a child named Opheltes. However, they are known to have existed only since the 6th century BC (from 573 BC, or earlier). The winners received a wreath of wild celery leaves from the city of Argos.

The Society for the Revival of the Nemean Games (which now has more than 1000 members from around the world) was founded in the belief that there is today scope and perhaps even the need for the average person —  regardless of ethnicity, language, religion, gender, age, or athletic ability —   to participate in an international athletic festival.  And so it happened in 1996, 2000, 2004, 2008, 2012 and 2016.  More than 4800 people from 120 different countries, ranging in age from 6 to 96, have added their footprints to those of ages long gone.

No records were kept and no medals were awarded.  Families with picnics on the slopes of the stadium were as much a part of the festival as the runners.  Races were organized by gender and age, and were interspersed with music and dances.  All the participants ran barefoot and in ancient tunics which they put on in the ancient locker room. And they entered the stadium through the same tunnel where athletes passed in the 4th century B.C.  They started from the same stone line and with the same starting mechanism, and the winners received the same initial tokens of victory —  a ribbon tied around the head and a palm branch.  At the end of the day the victors received the same crown of wild celery that was the ephemeral symbol of the victory at the ancient Nemean Games.  But all the participants were rewarded with feet sore from contact with the same earth where ancient feet ran more than 2,300 years ago — and by the knowledge that they had been in direct physical contact with an ancient idea, an ancient spirit, that still lives at the earth of Nemea.